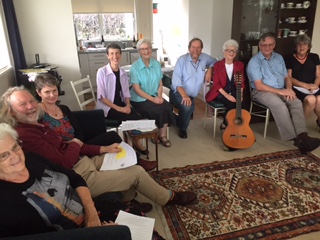 On Saturday 11 March a small group gathered to say goodbye, thank you and farewell to Kevin Toomey OP who has been in Auckland the last two years.   During an opportunity to share and pray for Kevin there were many stories about his influence on our lives, the fun that we have had along the way and how as Dominicans our paths cross and then re-cross in other ways.

Kevin leaves for Melbourne on 13 March.   Kevin has been elected the prior of the Dominican House in Melbourne, St Dominic’s Priory.  It is the home of some students and soon it will be of 8 or 9 novices, three lecturers, and some older retired lecturers, two men at Nazareth House, the indomitable Michael Kisu our paraplegic Solomonese brother, and the – not to forget a large parish and Siena College across the Road.  We know that Kevin will enjoy working with the young students and novices;

At the Auckland gathering, we prayed in thanks giving for all the good work that Kevin has been a part of in Aotearoa New Zealand and we ask that you keep Kevin and the Friars in both Auckland and Melbourne in your prayers. 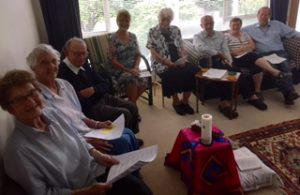 by Teresa | Comments Off on Au Revoir Kevin …