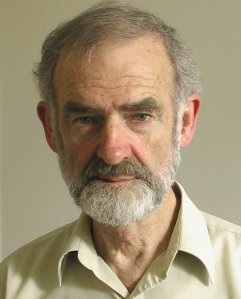 The Dilemma of High Technology

While waiting on the little wharf behind the fish stall at Gizo market, I watched a battered dug-out canoe bobbing in the rubbish-strewn water. It had been moored there perhaps by someone who had come to sell their catch. In the bottom of the canoe, crossways between the sloping sides of the hull, lay a transistor radio, the size of a large book. They don’t make them like that any more. It was just above the level of the bilge water, which splashed the radio whenever the canoe lifted on a larger wave.

This symbol disturbed me, who take fastidious care of my many electronic gadgets – computer, camera, mobile phone – but here was a plain statement that harsh tropical conditions will eventually devour all the expensive products that come in from my rich Minority World.

Recently the six novices left for three weeks’ pastoral experience in the villages. Four set out for the island of Choiseul, but since I was still recovering from severe dysentery I reluctantly decided not to go with them. I will shortly join the other two, at nearby Noro.

The journey to Choiseul is routine among local people, but everyone remembers the recent tragic accident on the same route, in which four people drowned. Long before that accident many generous friends in Auckland had voluntarily raised a substantial gift to buy technology to make our sea-travel safer. So the novices set out on their 200km journey equipped with a new 30-horsepower outboard motor mounted on our newly-strengthened aluminium canoe. They also carried a good marine compass and an emergency beacon that in time of serious difficulty will transmit their exact position for 24 hours to a Search and Rescue office in Australia.

However as I watched them disappear around the headland at first light last Thursday, they looked like five small dolls floating in a cut-down beer-can. I prayed yet again for calm seas for their long crossing, and when they phoned at 3pm from their second-last stopping place, they sounded as relieved as I was.

The wooden dugout canoe has a beautiful shape. Its technology has evolved to work perfectly even in rough seas. In the 18th century other technology – especially steel, the chronometer and gunpowder – let Europeans dominate the Pacific, bringing both benefit and disaster. In Alan Moorhead’s succinct title, it was a Fatal Impact, whose benefits and damage still flood through these islands. Here, as everywhere else, we still have not learned to moderate our thirst to possess high-tech consumer goods. Can we move towards admitting the huge damage that the current system that mass-produces them does to the environment and to their makers, from miners to sweatshop workers to advertisers? We “consumers” all share in this damage. What steps are we taking to use more moderately the tools we have invented, keeping in view the total Common Good of all?

Peace to you all –

Gizo Journal 12 September 8 2012 (This and previous Gizo Journals can be read at the blog:  findingthetreasure.wordpress.com)

by Rhobust | Comments Off on Peter Murnane