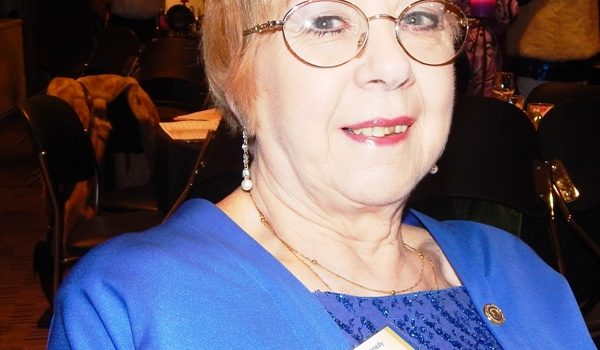 Thursa was recently awarded a Paul Harris Fellow Sapphire Pin for services to, and, involvement in Rotary and the community

Thursa, a registered nurse, spent 21yrs in the RNZNC retiring in 1991 with the rank of Lieutenant Colonel. Now living in Invercargill again Thursa’s many involvements and positions of responsibility include her church (a member of St Patrick’s Georgetown), Rotary, RSA, Hospice Southland, Southland Disability Enterprise Inc.

She was awarded The Royal Red Cross First Class (RRC) in the New Years Honours 1989. This Honour was instituted by Queen Victoria to be awarded to Military Nurses for their Service.

Thursa joined the Rotary Club of Invercargill in 1993.

Awarded a Paul Harris fellowship in 2008 for services to Rotary.

Awarded a Paul Harris Fellow Sapphire Pin in 2013 for services to Rotary and the community.