Ordination of new priest in Thailand 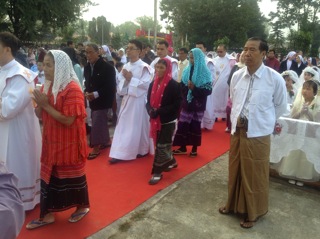 The featured image shows Fr Hilario walking with his parents on the way to be ordained. by Teresa | Comments Off on Ordination of new priest in Thailand