Aquinas was born in Melbourne in 1931, educated by the Mercy Sisters and the Christian Brothers and trained as an electrical mechanic.   As a sixteen year old he joined the Catholic Evidence Guild and would stand on platforms in parks as an apologist.  He was destined to be a preacher.   He spent his 21st birthday on a long retreat preparing for entrance into the Dominican Novitiate.   He studied in Melbourne and Sydney.  He became a Dominican priest in 1957 and then began a series of appointments in parishes, teaching, spending time as tertiary chaplain and wher-ever he went he provided retreats for all.  He arrived in Auckland in 1981.

Perhaps his best known legacy from his time in Auckland would be the building of the Crypt beneath St Benedict’s Church.  The school was about to close and it was imperative that we have a gathering space.  He was also the one to establish the Dominican Library which continues to exist today at the Peace Place.   He was a man who gathered people.   No matter who you were or what you had to give Aquinas involved you.  An example of this were the people putting the pockets for library cards inside books.  Some of the pockets were right-way up and others were upside down!  It didn’t matter to Aquinas – what mattered was that they had been involved and valued.

Whilst living in Auckland Aquinas was a man on mission, involved in many different aspects of faith life within our Diocese.  He was Parish Priest of St Benedict’s, a member of the Diocesan Pastoral Council, he helped with Ask Catholic, an initiative to share the Catholic faith and he was on the Emmaus Committee for ongoing formation of priests.

He studied canon law and went to the Solomon Islands on mission.  He returned to New Zealand in 1989 as Tertiary Chaplain at Auckland University and working for The Tribunal.  After Auckland he was in ministry in Perth and then Melbourne.

He was of a generation that were very influenced by the Depression  and World War 2.  He was proud of his faith and felt a personal call to live it and share it with ordinary people he came in contact with.

After the Mass, we enjoyed light refreshments in the Crypt.   It was lovely to hear stories of how Aquinas had stayed in contact with many parishioners, phoning them on their birthday (often very early in the morning NZ time!).   As I think back to the days when Aquinas was at St Benedict’s my own personal memory would be of the Friday evening dinners.   There would be dinner for 20+ parishioners on a Friday evening.   This gave the wonderful opportunity of getting to know others from the parish.  Little did you know that you would be invited back the next month (to prepare the dinner and run the kitchen!).

There is no doubt that Aquinas had a wonderful gift of drawing people together.   When speaking about Aquinas today, fr Chris recalled a time when Aquinas had travelled home in Melbourne by tram.   He was pleased to say that on the journey there were only three people on the tram that he did not already know!  This really sums Aquinas up:  he was a man who met people where they were, preaching the Gospel of Christ through his actions and his words.

May he rest in peace. 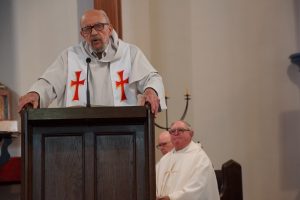 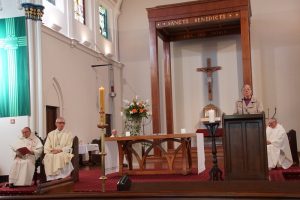 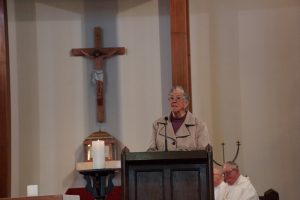 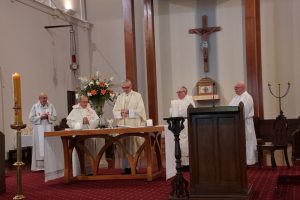 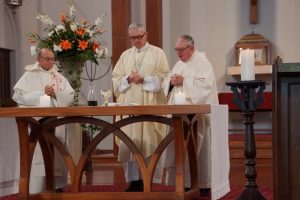 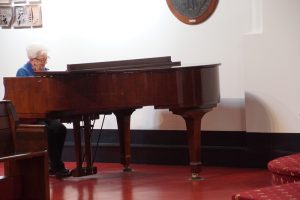 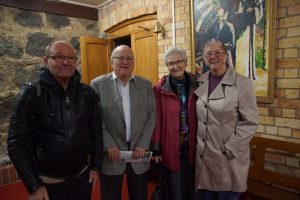 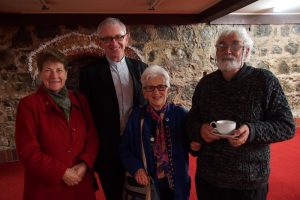 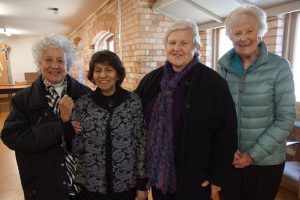 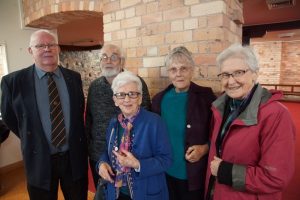 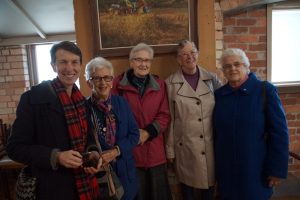 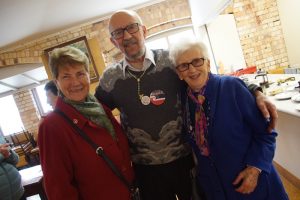 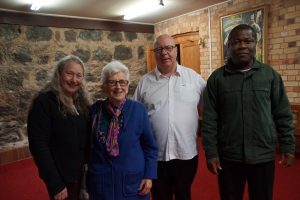 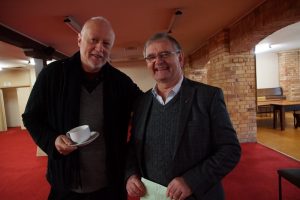