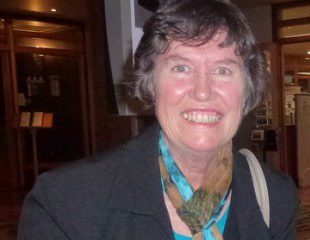 Being Dominican Thoughts Around the State of the Pākehā Nation The Joan Cook Memorial Waitangi Day Essay by Susan Healy I am a Pākehā of Irish, English and Cornish ancestry. Over 30 years ago I attended Māori language classes at Henderson High School with Awa Hudson as our tutor. Awa was a wonderful teacher. She not only introduced us to te reo Māori but also to te ao Māori (the Māori world), both its culture and political critique. This was for me a beginning of a long, slow process of conversion: from an identity shaped almost entirely by a colonialist view of our country to one that is much fuller. I believe that as Pākehā we are enriched as we grow in appreciation of the land to which our peoples have come, and in respect for tangata whenua as the indigenous proprietors and guardians of the land in the areas where we live. Over the past three years, I have been privileged to listen to and reflect on the evidence given by Ngapuhi Nui Tonu in the first stage of the hearing of their claim to the Waitangi Tribunal, the focus being He Wakaputanga (Declaration of Independence, 1835) and Te Tiriti o Waitangi (1840). Ingrid Huygens and I were there as Pākehā representatives on an independent panel asked to assess the cases brought by Ngapuhi Nui Tonu and the Crown. We worked closely with panel colleagues Takawai Murphy and Hori Parata, and a wider support group. Attendance at this hearing
Read More