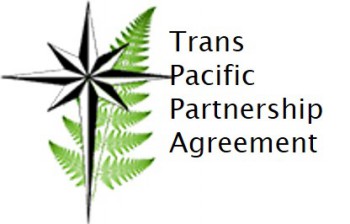 A Dominican responds about the Trans Pacific Partnership Agreement Pat Neuwelt 9 Sept 2015   Why should we Dominicans be concerned with current international trade and investment agreements between New Zealand and other nations? I asked myself a similar question about 3 years ago ‘ Why should an academic physician worry herself about the Trans Pacific Partnership Agreement?’ Once I opened myself to listening to the wisdom of women and men (in NZ, Australia and elsewhere) who could answer that question for me, I began to realize that I had no choice but to concern myself. In fact, in the journey into this area of work (yes, it is now an area of research, writing and advocacy for me), has taken me into topics that used to frighten my simple brain: political economy, globalization, neo-colonialism, corporate transnationalism! So, in simple terms, what have I learned? Colonisation has always been about domination of one set of people over another, and about capturing resources – whether spices, minerals, or oil. Imperial nation states were always supporting the establishment of companies in the colonies – such as the Hudson’s Bay Company in Canada or the New Zealand Company in Aotearoa. In current times, the story is similar only the stakes are different. Large, wealthy companies, although based in a ‘home nation’, are actually transnational – and are operating across the globe from bases in the United States, Canada, the UK or European countries. They are operating beyond the legal domain of their home
Read More