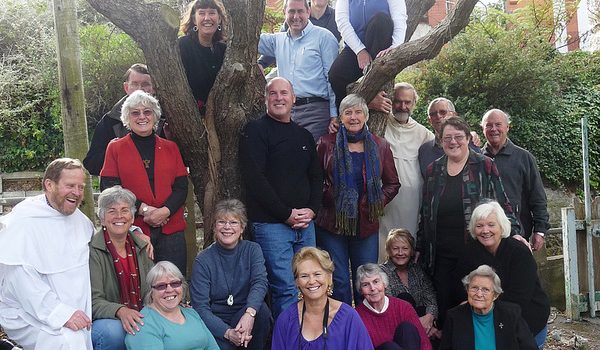 In February/March 2013, New Zealand welcomes the visit of Fr David Kammler OP. With that in mind, a group of lay Dominicans decided to seek an answer to some questions: Who are the Dominican laity in New Zealand? How are they connected to the Order of Preachers and to the global Dominican family? What structures are in place holding the Dominican laity together as a cohesive group?

In 2012 a survey was constructed by lay Dominican Norman Gray, to seek answers to these questions. This profile arises from that survey.

The Dominican connection started in Aotearoa New Zealand when a Dominican friar, Fr Anton Villefeix OP, said Mass in Doubtless Bay, in 1769. He was chaplain on the ship St Jean Baptiste, captained by French explorer Jean François Marie de Surville. At the start of the 20th century two friars came to New Zealand as missionaries: Fr Herbert Gilbert Tigar OP and Fr Alfred Benedict Tickell OP. Later, friars from the Australian province began a lengthy presence here as parish priests, university chaplains, and in other ministries including Tui Motu, the Maori community, the Peace Place and the Cook Island community.

The sisters were first invited by Bishop Moran to establish a school in the new diocese of Dunedin. Nine sisters, with Mother Gabriel Gill as prioress, arrived in 1871. From this beginning grew schools in Dunedin , Invercargill, Oamaru, Queenstown, Milton and Lawrence, and also in Auckland and later Feilding (school for the deaf).

Building on the spiritual formation received from the sisters, alumni of these schools were the first lay people to form a Dominican identity. In past years there were some people who were part of the international Tertiary programme. Today, in Auckland , Palmerston North, Dunedin, and other places, gatherings including friars, sisters and laity occur from time to time, on occasions such as Dominican feast days, and a close friendship of friars, sister and laity has developed. A growing sense of Dominican “family” is New Zealand in illustrated by the preaching programme conducted in parishes throughout New Zealand over a period of 5 years, by a team consisting of friar, sisters and laity. A community of friar, sisters and laity, based on prayer, has become a feature in Dunedin. Lay people have also been part of international Dominican family and Justice and Peace gatherings in the Asia-Pacific region.

The first attempt to organise a broader grouping of people wishing to maintain a Dominican connection began with a newsletter in May 2008. This has been a vital means of communication for the widely-scattered Dominican laity. Current distribution of the newsletter is approximately 175 (laity), representing over 200 people.

The next development was a national gathering in Wellington in May 2010, where it became clear that people wanted more than the rather loose Dominican association of the past. Suggestions were made about how the lay movement could be developed, but a view was strongly expressed, that New Zealand needed to develop its own way of being Dominican, and not be constrained by the highly-structured and hierarchical systems in common use in other Dominican provinces.

In the international arena, this position has not been well received by other lay groups who have attended gatherings of the Dominican family, and in 2012 it was felt necessary to claim a genuine lay Dominican movement in Aotearoa/New Zealand. The visit of Fr David Kammler OP is especially important as we seek to validate our association with the Order.

The survey conducted by Norman Gray is a part of this process.

There were 56 responses to the survey – an excellent result.

The Dominican laity, like the sisters and the friars, are aging:

Predictably, a majority of people came to identify as Dominicans as a result of contact with sisters, either in schools or in parishes.

Significantly ninety-four percent of us “somewhat or strongly agree” that we lay Dominicans have a vital role to play in the preaching mission of the Order of Preachers.

Key questions asked and samples of responses are as follows:

How do we preach to our world? The leading responses are:

• By our good actions and how we live our lives.

• Modelling Christian values in our lives.

• Talking about Gospel values in conversations with in the home, community, and the work place.

What does being a Dominican mean to you? Among the many deeply thoughtful responses:

• I have found the Dominicans express a love and spirituality that I can relate to. Their missions/ retreats give me hope for myself and the church that I profess membership of even though I find myself on the outer as far as hierarchal church goes. The Dominican teaching made me see that Christ is there for me even if I wonder at my membership in the Roman Catholic Church. I believe in the Jesus Christ who asked us to feed the poor visit the sick, clothe the naked. It is what we do not just how we worship.

• A modern expression of the charism of Dominic, Catherine, and many others who have been inspired to follow Christ through their witness. The Dominican approach to spirituality and to Christian witness resonate with my own faith and sense of calling.

• It has an intellectual rigour that I appreciate.

• To live my life seeking justice and truth in every situation. To preach through my actions with people I meet in everyday life.

• Searching for a place with church where I can join my reflective spirituality with my passion for justice, and the writing that flows from these, separately and together.

• I have been influenced by a Dominican spirituality, among others. For me this is mostly summed up as being responsible for the development of my faith and spirituality, and for being committed to and open minded in the search for truth.

• Motivated by the motto “truth” , pondering on the truth of our country’s history and being part of finding truly healing ways forward for us as a country.

• The whanaungatanga, respect and regard that they have for each other.

• I cannot really explain why in writing, except that God chose.

• Attending regularly at evening prayer and meditation with a Dominican community. Working with Dominican sisters in leading retreats. My personal Spiritual director is a Dominican Priest. I am attracted by Dominican spirituality.

The development opportunities that we would like to see offered to the Laity of the Dominican Family in Aotearoa/ New Zealand are:

• Information on peace and justice issues and how you can respond.

• Opportunities to learn more about the Four Pillars of Dominican Life – prayer, study, community, and mission.

• Regular gatherings with other Dominican Family members for study and prayer.

• How to be a “prayerful presence” to our world.

The final question asked was:

How would you like the Dominican Laity to develop in Aotearoa/New Zealand? A sampling of responses is:

• With many of our members aging, I would like to see lay groups providing more opportunities for middle aged and young adults to link in with the family.

• Presenting grass root concerns to the other parts of the Dominican Family so there is an awareness of needs and hopefully a response for change.

• To see more of a structure to being a Dominican lay member.

• Communication and enhancing the sense of community – through electronic media.

• Hearing about national and international initiatives that connect with the Dominican charism.

• I think the Dominican Laity needs to be empowered to make things happen and a group needs to drive a few initiatives each year that don’t overburden them. Help those who are keen to learn.

These responses need to be considered within the New Zealand context: a largely secular, multicultural society; the decreasing number of priests and religious; a strong independent, “do-it-myself” culture. Seen in this light, the picture given of lay Dominicans is one of people often less than satisfied with traditional spiritual devotion, but seeking a deep truth in their lives and in their community

by Teresa | Comments Off on Dominican Laity Profile